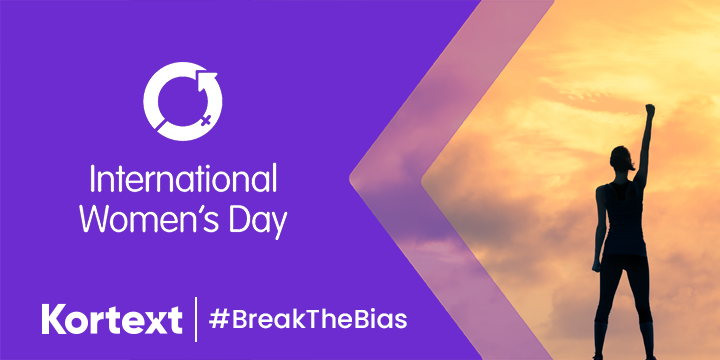 March 8th marks International Women’s Day 2022 – a day backed by the United Nations that celebrates the achievements of women, raises awareness of their inequality, fundraises for female-focused charities and forges women’s empowerment worldwide.

This year, organisers are straying away from tradition and focusing on not one but two themes in a bid to level the playing field globally:

Whilst the theme differs every year, there is always one common goal, and that is to free women from the inequalities they face.

To mark all 47 years of official celebrations, we have listed 47 titles on Feminism and Feminist Theory to help empower the women of today!

Just kidding, but it can be argued that one of the best ways to help free people from inequality is education. That’s why we have compiled usage statistics from users of the Kortext platform to bring you the top 10 most read books on Feminism, Feminist Theory and Gender Equality so you can brush up on the narratives influencing our world today.

The top 10 books to teach gender equality on Kortext.

Feminist theory is a challenging and often deeply divided body of thought that raises issues which affect us all. In this, her third edition of the highly successful Feminist Political Theory, Valerie Bryson provides both a wide-ranging history of Western feminist thought, from medieval times to the present day, and a lucid analysis of contemporary feminist politics and debates.

In Black Feminist Thought, Patricia Hill Collins explores the words and ideas of Black feminist intellectuals as well as those African-American women outside academia.

In this ground-breaking work of feminism, Simone de Beauvoir examines the limits of women’s freedom and explodes our deeply ingrained beliefs about femininity. Liberation, she argues, entails challenging traditional perceptions of the social relationship between the sexes and, crucially, in achieving economic independence. Drawing on sociology, anthropology and biology, The Second Sex is as important and relevant today as when it was first published in 1949.

Winner of the Noel Coward Award for Best Entertainment or Comedy at the 2020 Olivier Awards. In 1611 Emilia Bassano wrote a volume of radical, feminist and subversive poetry. It was one of the first published collections of poetry written by a woman in England. The little we know of Emilia Bassano is restricted to the possibility that she may have been the ‘Dark Lady’ of Shakespeare’s Sonnets – and the rest of her story has been erased by history. Morgan has taken what we know of Bassano, and her poetry, to create this lively, witty play.

Caroline Criado Perez brings together for the first time an impressive range of case studies, stories and new research from across the world that illustrate the hidden ways in which women are forgotten, and the profound impact this has on us all. Discover the shocking gender bias that affects our everyday lives.

The concept of intersectionality has become a central topic in academic and activist circles alike. But what exactly does it mean, and why has it emerged as such a vital lens through which to explore how social inequalities of race, class, gender, sexuality, age, ability, and ethnicity shape one another? In this fully revised and expanded second edition of their popular text, Patricia Hill Collins and Sirma Bilge provide a much-needed introduction to the field of intersectional knowledge and praxis.

Feminism is so last century. Surely in today’s world the idea is irrelevant and unfashionable? Wrong. Since the turn of the millennium a revitalised feminist movement has emerged to challenge these assumptions. 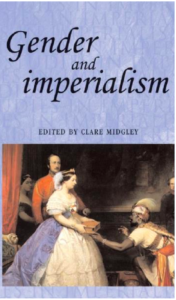 This book marks an important new intervention into a vibrant area of scholarship, creating a dialogue between the histories of imperialism and of women and gender. By engaging critically with both traditional British imperial history and colonial discourse analysis, the essays demonstrate how feminist historians can play a central role in creating new histories of British imperialism.

Me, Not You argues that the mainstream movement against sexual violence expresses a political whiteness that both reflects its demographics and limits its revolutionary potential. Privileged white women use their traumatic experiences to create media outrage, while relying on state power and bureaucracy to purge ‘bad men’ from elite institutions with little concern for where they might appear next.

Material Girls is a timely and trenchant critique of the influential theory that we all have an inner feeling known as a gender identity, and that this feeling is more socially significant than our biological sex.

Have we missed out your favourite title to help #breakthebias? Let us know!

Is Kortext your next step?