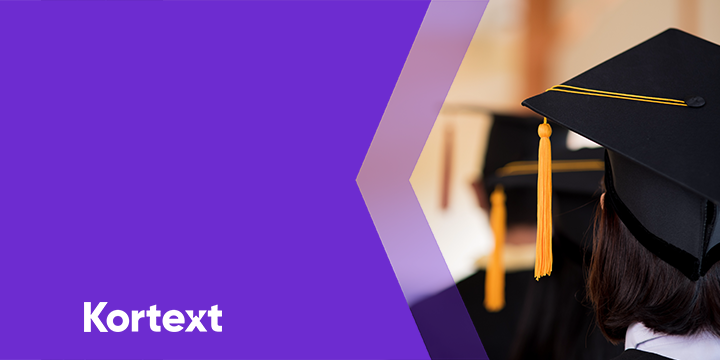 With the door to 2022 shut firmly behind us, it’s time to step off the doorstep, out into the open that is 2023 and explore four things that we think will be on the horizon for higher education in 2023.

In February 2022 (we know, ages ago) the government finally published their highly anticipated response to the Augar Report. The review, officially known as the ‘Post-18 review of education and funding: independent panel report,’ initially commissioned by Theresa May in February 2018 was published in May 2019 and the Department for Education published an interim response in January 2021. At the Spending Review in October 2021, the government’s response was promised to be just ‘weeks’ away before being finally unveiled in February of last year.

Whilst we unpacked this in our podcast, there are some key changes that will take place this year and therefore have the potential to impact higher education trends, including university applications – which are likely to be affected by the extension of the loan repayment threshold.

The graduate skills gap isn’t anything new, but the demand for tech skills certainly is and therefore is on the rise.

Equality, Diversity and inclusion will still be important

The press gives young people a terribly bad rep for being sensitive and snowflakes but if anything, these meaningless labels aren’t a bad thing because it’s young people standing up and fighting for what they believe.

With that comes the need to represent their beliefs and feelings, in addition to representing the student body, therefore, an ongoing trend this year in higher education should continue to place emphasis on EDI.

EDI means much more than providing content to be representative; it comes with the responsibility of creating inclusive spaces – both physically and virtually which will enable students to get the most out of their higher education experience – including their studies, social life and career goals.

In a nutshell, Artificial Intelligence is a field that combines computer science and intricate datasets to enable problem-solving, therefore, in 2023 we’re expecting to see AI become more prevalent in education settings by offering alternatives for higher education to streamline processes and workflows through automation.

In addition to the above, we believe artificial intelligence will…

But… that’s all we can say about Artificial Intelligence from our point of view for now, but watch this space because there’s definitely a lot more to say on the topic.

It’s worth noting… it’s only the first week of the year – we don’t know how 2023 will pan out, therefore, go forth with caution.

How can libraries use social media?