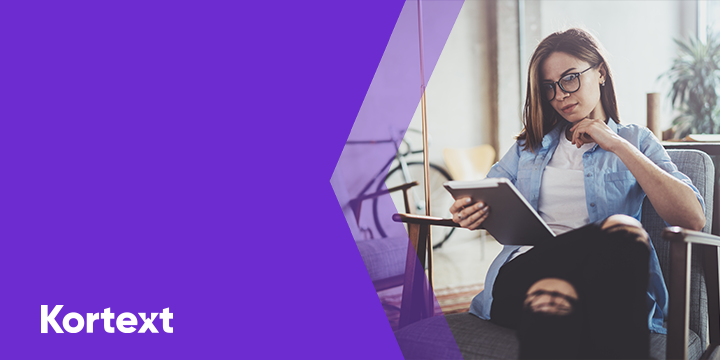 Reading is great – in more ways than we think.

We obviously know that it’s important to read your textbooks so that you have a good grasp of what’s going on in class, but did you know that reading recreationally outside of your studies is really good for you?

A study published in 2022 has found that recreational reading was associated with reduced psychological distress over the academic year, leading to improved mental health.

By using the summer holiday to get yourself into the routine of recreational reading, you’ll hopefully continue over the next academic year and feel better for it… So, here are 9 books that you should read before the start of next term! 1984 tells the futuristic story of a dystopian, totalitarian world where free will and love are forbidden. Although the year 1984 has long since passed, the prophecy of a society controlled by fear and lies is arguably more relevant now than ever.

The Kite Runner is a moving story of an unlikely friendship between a wealthy boy and the son of his father’s servant. Set in Afghanistan during a time of tragedy and destruction, this unforgettable novel will have you hooked from start to finish.

To Kill a Mockingbird – Harper Lee To Kill a Mockingbird is one of the top must-read books of all time. Published in 1960, the poignant, humorous, and gripping story explores life in the Deep South during the early 20th century through the story of a man accused of a terrible crime.

Sometimes, revisiting classic and popular books read in childhood can make you feel all the feels!

Revisit your childhood and go on a magical journey with Harry, Ron and friends to rediscover the spellbinding secrets of Hogwarts!

The Lion, the Witch, and the Wardrobe – C.S. Lewis The Lion, The Witch, and the Wardrobe is one of the great books of all time. Set in Narnia, home to mythical beasts, talking animals, and warring kingdoms, this childhood classic follows a group of school children as they become entangled in this incredible world’s fate.

Of Mice and Men – John Steinbeck

Revisit GCSE English with this one! If you don’t know… Of Mice and Men is set in the Great Depression. This is a controversial tale of friendship between two migrant workers in California. Filled with hope and tragedy, the two work towards the dream of owning land and pets.

We can’t just live in the past – let’s have a look at what’s being read up and down the country at the moment! A murder mystery with a twist that is irresistibly hard to put down!

From the author of The Girl on The Train comes A Slow Burning Fire – a thriller packed full of suspense and jaw-dropping misdirection, as three women are brought into conflict through a brutal murder. Two couples’ relationships become messily entangled in this mordantly funny debut that established Rooney as the formidable new voice of a generation.