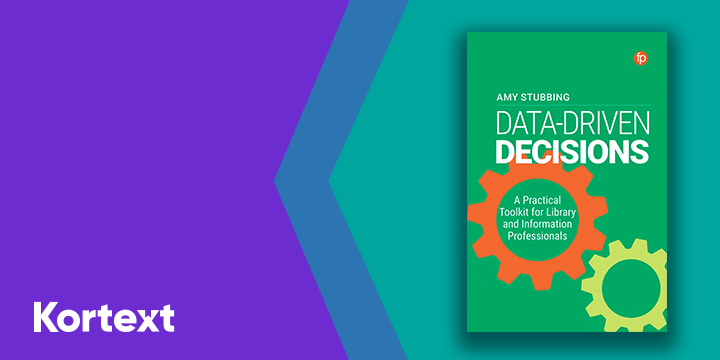 People often say: ‘I could write a book about that’, but in all honestly, who actually follows through with that phrase?

To celebrate National Writing Day, I have spoken to someone who has followed through with the idea, put the work and dedication in and can stand up and say: “I have written a book about that!”

Writing a book isn’t an easy task, and the University of Westminster’s Academic Engagement Lead, Amy Stubbing, can attest to that.

After beginning writing during the first lockdown, Amy has completed her book, Data-Driven Decisions: A Practical Toolkit for Librarians and Information Professionals, published by Facet Publishing.

Billed as a simple, jargon-free guide to using data for decision-making in library services, I caught up with Amy to discuss the writing process.

Kindly giving me some time on her day off, I began our discussion by congratulating Amy and asking how it felt to have her book out at last.

“It’s a weird one, actually,

“It’s really great because it’s such a labour of love, and you put so much work into it, but there’s a tiny part which is just terrifying because I spent so much time obviously writing it and trying to make it great, suddenly it’s actually out there for people to decide whether they agree or not.

“So it’s a bit of both. It’s wonderful to know that the hard work has paid off, but also, you’re very aware that suddenly it’s in the public sphere and it’s not yours anymore!”

Amy’s book, which walks readers step-by-step through each stage of implementing, reviewing and embedding data-driven decisions in their organisation was created in addition to her day job. When asked what obstacles presented themselves during the writing process, Amy said:

“It’s the fact that life doesn’t stop when you’re doing something that like this… We’ve had all sorts of stuff crop up at home and suddenly there are different priorities.”

To help keep on track when life happens, Amy’s advice would be:

“Time management, keeping committed to it and keeping motivated to get it done.” 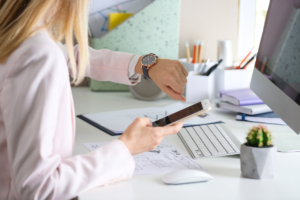 There’s more to writing a book than just putting words into sentences – there’s editing too.

“Editing is way harder than I thought it was. That’s the other thing. I’ve got four or five chapters from other authors who have contributed to it, which is great, and they’ve added so much, but it’s things like getting the voice the same that was actually really hard.

“I don’t think about it when I’m editing my own work – I’m brutal, so it’s very different to try and bring in many different styles and voices – editing took more time than I expected.

“I think, if you’ve got good publishers and good editors, it’s fine. You know they’ll be understanding, and they’ll help you out – but it’s definitely more of a challenge than I thought it would be.”

As editing is a large part of any writing journey, what steps did Amy take?

“With academic texts, you do have to send through a very detailed plan to the publisher that you can build on and think about what’s going to be in it. I had a very rough idea for each chapter.

“I just kind of wrote and saw where it took me and that really worked for me – so I think it’s about finding your own style.”

With the average 200-page book having somewhere between 50,000 and 60,000 words, it was essential to find out what kept Amy motivated when writing her book.

“I posted it on Twitter quite early on… and I was like, well, I can’t lose face!”

“I kept finding myself over the last year or so being like ‘ohh yeah, my book would be really good for this. I’ll send it to you one day’.

That day arrived in April 2022, when Amy’s book landed on shelves and online. I can’t imagine how exciting it feels to have a book published – and I’m sure there are others out there who wonder the same and would like to try it for themselves.

I asked Amy for some advice that would be handy to anyone looking to write a book.

I think, if you’re thinking about it, go and talk to a few publishers because it’s more doable than everyone thinks. If the publisher can see what you’ve got and they’ve said ‘yeah, give it a go’, you have got it! 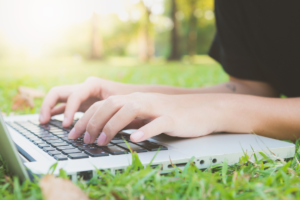 “You just have to keep pushing forward with it and give yourself time and ask yourself: ‘How do you come up with your ideas?’

“Are you iterative? Is it that you are a real planner? Is it that you need to go on a writing retreat? I sat in a friend’s garden, and it turns out I just needed a different space – so I think – just go for it!”

Everyone’s got a voice that they should be sharing – the world would be a better place if we actually did!

To find out more about Amy’s book, please visit her publisher’s website.