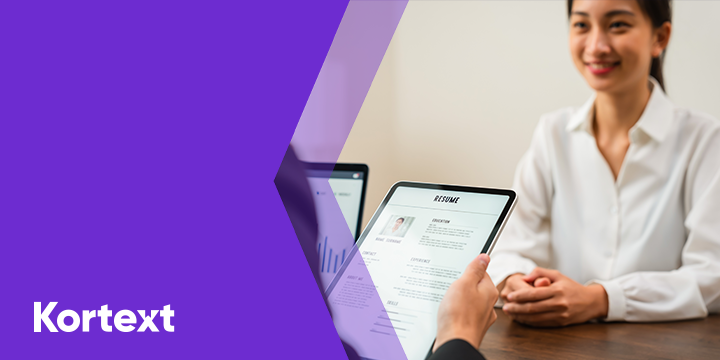 Following the release of UUK’s report on graduate jobs, we’re delving into the data to uncover what the future holds for the graduate job market and discuss ways in which universities can support their students to ensure the best graduate outcomes.

The progression of your students into the worldly beings we all want them to be is important, their professional progress and ability to secure a graduate role is a significant statistic in the NSS survey, which closes at the end of this month.

The gripe of graduates

According to data from the Office for National Statistics (ONS), the number of UK workers in professional jobs has risen from 11.1 million to 15.9 million since 2004, yet there are just under one million more professional jobs than workers with degrees in the UK to fill them.

Despite the availability of jobs, a quick scroll through any well-connected LinkedIn timeline will allow you to see posts from graduates and other degree-holding job seekers who are deeply concerned about the competition they face for the jobs they apply for, stating that often they don’t hear back from applications and fail to succeed after interviewing… but why?

UUK’s report into graduate outcomes touches upon the skills gap, which refers to the difference between the skills required for a job and the skills prospective employees actually possess, suggesting that current graduates, despite their degrees, are underqualified for the jobs they’re seeking.

This is supported by data from the Organisation for Economic Co-operation and Development (OECD) which suggests that 27.7% of the UK workforce are underqualified –  the second-largest figure behind Ireland.

Why are graduates under skilled?

It’s hard to pinpoint an exact reason that graduate skills aren’t considered adequate to achieve a graduate role but some considerations include:

A lack of soft skills gained through work experience

Not every degree requires students to complete a period of work experience prior to graduation, and not every student is able to do this for a multitude of reasons. For example, if a student from a lower socio-economic background was offered a placement that was unpaid, it is an opportunity that would have to pass them by, despite the detrimental effect it could have on them in the future.

The evolving world of work

According to UUK, a graduate retiring this year will most likely have graduated between 1976 and 1978, when the UK was very different.

This shows just how much the world of work has changed, and it is still changing now.

It’s not unheard of for the elements covered at the start of a degree to be irrelevant and outdated by the end of that degree. Furthermore, advancements in technology mean that certain entry-level job roles that may have once been completed by a graduate have now been made redundant.

What can you do to help your students secure a graduate job?

Encourage them to find work placements, internships and work experience in advance. Failing to prepare is preparing to fail. You must remember that they’re not the only students from an incredibly popular business course to be looking for a summer internship. There’ll be hundreds fighting for placement positions, so by getting students and their CVs prepared early, it’ll make a world of difference.

Encourage them to partake in MOOCs

The term MOOC stands for ‘massive open online course’ – a free, easily accessible, completely online course. MOOCs can give your students the chance to study with other schools within their university as well as top universities around the world.

Whilst MOOCs don’t always lead to formal qualifications, they can help your students to gain additional knowledge in all sorts of areas to help develop career skills, prepare for other education or explore a new interest.

Workshops on soft skills if placements aren’t an opportunity

Universities are hubs of knowledge, incubators of innovation and powerhouses for thought – there’s a behemoth amount of information within the four walls of a campus that could be harvested into workshops for students.

We are aware there’s a large strain on academics and librarians, so you could consider inviting alumni back to lead workshops – which also looks good to existing students.

At Kortext, we have an exciting Student Ambassador Programme. The Programme is partnered with several universities across the world to give students opportunities, including summer internships, which will enrich their skills and subsequently their CVs, helping them to achieve their full potential.

To find out more about how your institution and students can benefit from the Kortext Student Ambassador Programme, click here.

The challenges of textbook access, affordability and creating an inclusive learning environment