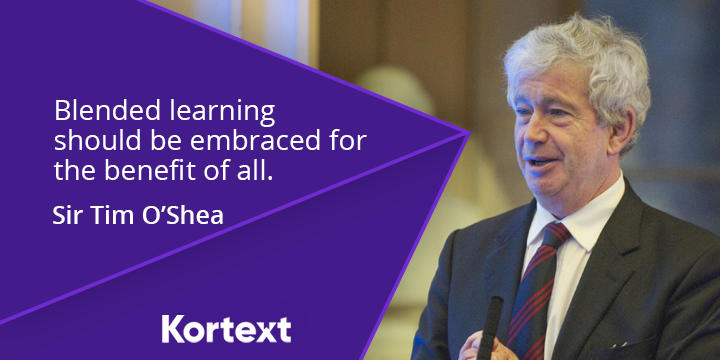 Before the pandemic hit in March 2020, many were dubious about the prospect of moving the world online. Despite having more technology than ever, we were told that turning up to the office or classroom was simply an inevitability if you didn’t want to miss out. Most of us are now a bit sick of Zoom calls, but the pandemic has certainly proved that what we once viewed as impossible is, in fact, possible. And a blended approach to education is not only feasible but has the potential to bring about great social change.

For many students, going to university is a watershed moment; they go not simply to get a degree but also for the “university experience”. It may be the first time they have lived away from home, and many will form friendships that last a lifetime. Likewise, there can be something transformative about moving to a city with its own unique culture and interacting with others so drastically different from ourselves. I am certainly not suggesting we should do away with the university experience entirely.

But something not considered frequently enough is how, for a large proportion of the population both within the UK and internationally, attending university is still a privilege that is very much out of reach.

The cost of getting a degree is ever-increasing, even without other expenses such as rent and living costs being considered. There are bright and highly talented students from around the world who simply cannot afford to move somewhere like London or Oxford for three or four years. Prison inmates are often denied access to higher education, furthering isolation and drastically lowering chances of achievement once out of custody. And perhaps even more pressing, given current global affairs, are the thousands of people made refugees due to conflict who are not able to physically get to a place of study.

I believe the pandemic will forever change the way we think about education and the way in which many institutions are inherently inaccessible for so many people. By using a blended approach to learning, higher education could be transformed from a privilege into a basic human right for anyone who wants it.

Before the pandemic, many universities were running one-year postgraduate online courses. Meanwhile, the University of Edinburgh, for example, has long run non-degree massive open online courses (Moocs), which might have tens of thousands of students and last only about eight weeks. This has always been a fantastic way of delivering a world-class education to lots of people, many of whom wouldn’t normally be able to attend university physically for a variety of reasons.

4Things have traditionally been a bit trickier with undergraduate courses, particularly because of the variety of pathways and options available to students. But now, post-pandemic, the availability of textbooks through online providers means it’s easier than ever to learn online. This can be a game-changer for students who have a disability or need to use assistive technology, and it will hopefully be instrumental in making education less ableist.

One of the great strengths of the US education system is its community colleges. You can start your higher education in California Community Colleges, for example, where you complete the first two years of an undergraduate degree. If that goes well, you could transfer to UCLA, or even end up in another state. The system tends to be much better articulated than in the UK.

Having worked for Birkbeck, University of London and the Open University, I have seen how important flexibility and accessibility are to the very heart of education; these universities simply wouldn’t be the same without them. We need more institutions to adopt these types of programmes because inequality in education is one of the biggest problems holding society back right now. There are bound to be learning pains for the sector, but the short- and long-term benefits of blended learning are manifold.

The great American Thomas Dewey said that it is only to the extent that we have universal access to education that we are democratic. Education has the power to dramatically change society. How exciting that we could be moving ever closer towards realising this goal.

Former principal of the University of Edinburgh, Sir Tim O’Shea has led tech advances in higher education since 1970. He founded and led the Open University’s digital learning capabilities for 19 years and was recently appointed as the academic adviser to digital textbook and learning platform Kortext.

Published in partnership with THE.

The changing landscape for learning resources 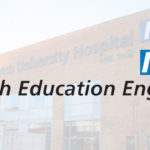 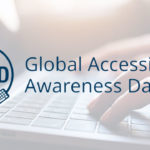 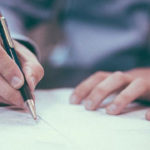 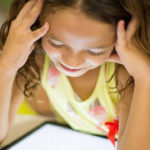