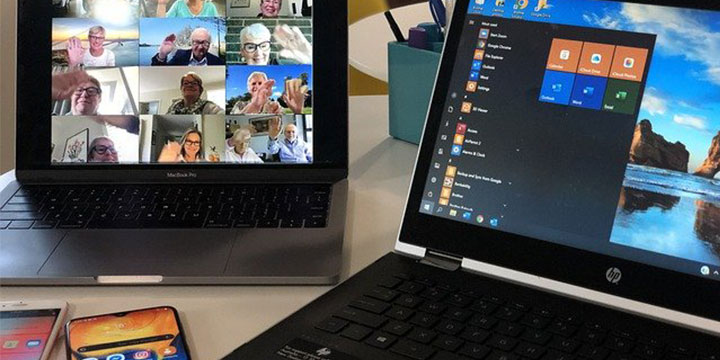 It’s almost a year since the rapid response to the pandemic shifted all education to online learning, and there’s one topic that’s still being hotly debated, and that’s the controversial question of…

“Cameras on or off?”

There are arguments on either side from both educators and students, but what difference does it actually make?

Quite a bit, actually.

A small study conducted by a student at Marist College, New York, found that more than half of the participants, 57.4%, stated that utilizing their webcam supported their quality of learning with:

However, keeping cameras on isn’t as easy as we think it is.

Some students may feel self-conscious with their cameras on due to various factors ranging from their personal appearance to the setting of which they’re working. If they’re worried about how they or their environments appear they may be further distracted. Furthermore, in busier households, using your webcam can compromise the quality of the call as sometimes bandwidth can struggle with this.

If you are looking to forgo cameras and educate with them off, the question at the moment from educators of: “What can I do to keep my class engaged?” enters the equation.

Looking to help find an answer, we took to Reddit to find out what academics have to say on the matter.  One professor said:

I prefer to be able to see my students so I can get a sense of whether they’re following along… There are other ways to keep students engaged than forcing them to be observed. One technique I’m trying is to get them to give an emoji reaction.

They furthered this by saying:

There’s many other pedagogies for increasing engagement that can be adapted to the online format, such as active learning in general, group work, clicker questions, and more. We don’t have to default to snooping on our students to try and artificially create engagement.

I’m a socially anxious person and I can concentrate way better when the cameras are off.

Another professor weighed in and said:

Camera off and muted won’t work for an 8 student seminar. It’s probably fine for a 200 person lecture, but students aren’t getting much out of that mass lecture in a face to face environment, either. From my small set of cases in small classes, students with cameras off all of the time are the least engaged and tend to perform worse on a range of assessments.

Seemingly, it’s a catch 22 situation for both students and their educators.

What are you doing to keep your students engaged whilst teaching online?

The blurred lines of working from home

Kortext uplifts vulnerable families in a remote community in Nepal